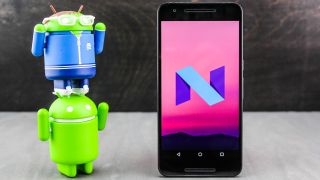 Google has been pretty vague about when exactly we'll get Android Nougat, saying just "late summer", but with us being in mid-summer now that suggests it could be with us in a couple of months, or maybe even less.

An update schedule released by the mobile network Rogers in Canada and spotted by Mobile Syrup certainly suggests we'll see it sooner rather than later, as it lists Android Nougat on the Nexus 9 as "coming soon."

Now, that's pretty vague too, but the last specific dates it gives for any updates are the end of July, so "soon" could be August. We might still be waiting until September, but for Google to fulfill its late summer promise it can't really launch Android 7 any later than that.

Of course depending on what handset you have you might be waiting long beyond the launch to get a taste. The Nexus 9 is bound to get it more or less day one, as are other relatively recent Nexus devices like the Nexus 6P and Nexus 5X, plus Google is expected to release two new Nexus phones alongside Nougat, which will run it out of the box.

For every other handset the rollout time frame is a lot less clear, but HTC has already confirmed that it will be bringing Nougat to the HTC 10, HTC One M9 and HTC One A9 at some point, while Motorola has promised to bring it to the Moto G4 Plus.

Most other recent flagships and high profile phones are likely to get Android Nougat eventually too, but it might not happen for a while, so if you want to be on Android 7 potentially as soon as next month you'll need a Nexus.