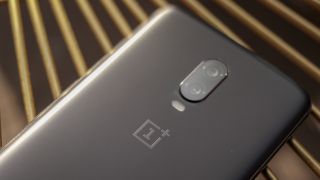 The OnePlus 7 isn't slated to release until June, so there isn't much buzz around it as yet. However, CEO Pete Lau recently told CNET that the company doesn't consider it worthwhile to add a wireless charging feature to its smartphones.

That's a pretty big hint that the OnePlus 7 won't have wireless charging.

Lau is sceptical about wireless charging's actual benefits to consumers, noting that it takes a long time to charge a device with a wireless pad. With the physical quick charge adaptor, OnePlus says, you can charge your phone by 50 percent in 20 minutes and fully in under an hour.

OnePlus is working on bringing its quick charging tech to wireless charging, but still hasn't figured out how to do it without excessive heating.

OnePlus does have a point in saying that wireless charging is inferior even compared with regular charging. But that's changing; Xiaomi, for example, claims that the Xiaomi Mi 9 has 20W wireless charging capability-  two or three times the average.

OnePlus is at MWC to display a prototype of its 5G smartphone, which will come to two carriers in Europe in Q2. Lau declined any comment on the OnePlus 7, as well as rumors that it may drop the notch and incorporate a pop-out camera.