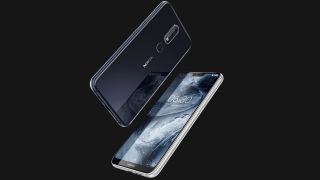 HMD Global recently announced the Nokia 5.1, Nokia 3.1 and Nokia 2.1 in China and now, the Nokia 5.1 Plus has received Bluetooth certification along with two more variants of the Nokia X6, hinting that the company may soon launch the devices globally.

The Nokia 5.1 Plus was recently leaked after its renders surfaced online, revealing its design. At the same time, the Nokia X6 Global variant had received NCC certification, and now it has received Bluetooth certification, hinting at an imminent launch.

A recent report had revealed that the Nokia 5.1 Plus will be powered by a Mediatek SoC and now a Nokia smartphone with the model number TA-1109 has been spotted in Bluetooth certification site running on a Mediatek SoC. We can assume that this will be Nokia 5.1 Plus as the company is not expected to launch any other budget device right now.

The Nokia 5.1 Plus renders had revealed that the device will sport a vertically placed dual camera setup at the back with an LED flash and a fingerprint sensor placed below it. At the front, the device will have a notch at the top to house the sensors and a chin at the bottom with Nokia branding.

Coming to Nokia X6 Global variant, two devices with model numbers TA-1083 and TA-1116 have also been spotted along with the Nokia 5.1 Plus. The TA-1116 model was also spotted on a Russian certification site and Taiwan’s NCC, revealing that it will be launched in these countries as well.