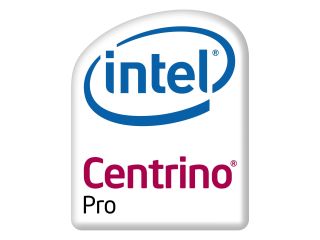 Intel has released more details about the 2008 release of Centrino at the Beijing Intel Developer Forum. We've known for some time that the follow-up to the current Centrino generation will be codenamed Montevina , but we haven't known what's planned to go in it before now.

First things first though, since Intel is only just bringing Centrino Pro to market. The Pro platform was previously codenamed Santa Rosa. The existing consumer-level Centrino Duo brand is to remain, while a refreshed version of all the Centrino platforms will emerge late in the year with the 45nm die-shink of Core 2 Duo codenamed Penryn.

This'll be followed next year by the new Montevina platform. It'll still feature the Penryn chips, but will have a new chipset - currently codenamed Cantiga. This'll support DDR3 memory as well as have integrated DirectX 10 graphics, so we're really talking a year's time before bog-standard laptops will be able to properly cope with everything Windows Vista can throw at them.

As has been speculated, Montevina will have support for WiMAX technologies, though we'll warrant Intel will continue with a Pro line for the Centrino platform of which this will be a part.

Intel has also announced that the soon-to-ship Centrino Pro platform will boast TurboMemory memory caching technology. This was previously known as Robson. The new tech saves 0.4W of extra power, according to Intel, and will be upgraded to version 2.0 with Montevina, with specific flash memory set aside - possibly as part of hybrid hard drives.

The current Centrino Pro uses Core 2 Duo processors with 800MHz Front Side Bus (FSB) speed - improved from the previous 667MHz. The chips now have 4MB of L2 Cache while the platform is based on the Intel Mobile GM, PM and GL965 Express Chipset. There's also draft-802.11n wireless support.

The key enhancement for Centrino Pro is the incorporation of Intel's Active Management Technology used in vPro desktops . This means that corporate administrators can manage laptops remotely, as well as desktops.