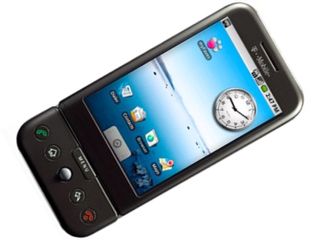 T-Mobile has told TechRadar that Google designers came up with the G1 Android phone and not HTC.

HTC manufactures the first phone to market with the Android OS that is backed by Google, but T-Mobile insists that the design was done collaboratively with Google rather than by the Taiwanese firm.

"It's a phone that came from a collaboration between T-Mobile and Google," T-Mobile's Richard Walmsley told TechRadar.

"The design concept came from Google and ourselves from the development process.

"We initiated this process by saying that we wanted to develop a device that was in line with the way that people communicate today like using the internet to keep in touch, and that was effectively a design brief which went to HTC as the manufacturer."

Asked to clarify if Google had designed the phone, Walmsley – the head of internet and entertainment for T-Mobile in the UK added: "The design concept as I understand it was developed by some design experts at Google as to what they wanted from the device.

"We worked with them to create customer experience and what we wanted to offer our customers from it and then HTC manufactured the hardware."

Of course, Google getting involved in the actual design process is of major importance within the industry, but Walmsley insisted that despite its hands-on approach with the T-Mobile G1 Android phone, Google was taking a wider view.

"I wouldn't say it's a single brand phone. Google's approach is more about the breadth of that platform across a number of devices rather than being about one particular phone."