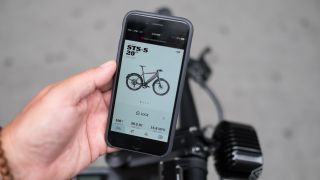 According to ET, the company is in advanced stages of executing the testing formalities for e-vehicles and has also gotten approval for some of their lithium battery categories too.

Industry sources have told ET that Micromax is eager to enter into the two and three-wheeler electric vehicles category. The company is said to be testing vehicle prototypes and they have also got certification for lithium batteries for e-rickshaws and autos.

The source also revealed that the company is in talks with investors for funding.

"There are very limited players in the ethree wheelers segment — Bajaj Auto, Mahindra & Mahindra, TVS and Piaggio Ape — while the e-rickshaw market is largely unorganised. Scope in electric two-wheelers segment is very wide. With the government’s focus on promoting e-mobility, we expect the electric three-wheelers and two-wheelers to pick up quickly," an anonymous executive from Micromax told ET.

He further stated that once company’s prototypes are approved by the authorities, the company will be headed to establish a manufacturing unit after finalising the location.

Micromax has been struggling with its smartphone sales and dipping market share in the category. They also forayed into the home appliances category with a range of air conditioners, TVs and more over the last few years.

Soon after the emergence of Chinese smartphone brands in India, Mircomax, despite the popularity, went from number two in market share to out of competition in the space. Manufacturers like Xiaomi, Oppo, Vivo and Lenovo have made their way to the top of the list alongside the evergreen market leader - Samsung.

With the move to foray into electric vehicles, Micromax is looking to diversify its product portfolio and restrict dependence on the overcrowded smartphone market.

Micromax could be aiming at a big market in the e-rickshaw category as it is majorly disorganised and that's a huge opportunity to tap in. Also, under the Faster Adoption and Manufacturing of Hybrid & Electric Vehicles (FAME) scheme, the Union government is considering allowance of fiscal and other incentives for e-vehicles to encourage green alternatives. The allowance may include waiving of registration and road tax on sale of electric vehicles.

In recent years, the adoption of electric vehicles has witnessed a boost in both metro cities and tier 2, 3 cities. Entering e-vehicles market this early could help Micromax build up on their identity and reassure their market presence.