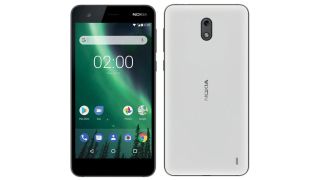 The full specifications of Nokia 2 have today been leaked on popular benchmarking website AnTuTu. Expected to be aimed at the entry level segment, the Nokia 2 could be launched in India tomorrow, going by the media invites sent out by HMD Global today. While the invite itself doesn’t reveal the device to be launched tomorrow, the timing of the Nokia 2’s appearance on AnTuTu has led to this speculation.

Going by the AnTuTu listing, the Nokia 2 is expected to be aimed at the entry level segment. Earlier, a US retailer’s listing revealed that the Nokia 2 would be priced at $99, which seems plausible given the specs revealed by AnTuTu today.

Going by the AnTuTu listing, the Nokia 2 could come with a HD resolution display, although the size of the display is not known yet. Surprisingly enough, HMD Global has opted for a low-end Qualcomm Snapdragon 212 processor this time instead of a Mediatek processor that powered the Nokia 3. Further, the phone comes with 1GB of RAM and 8GB of internal storage, expectedly with support for microSD cards.

In terms of software, the Nokia 2 will launch with Android 7.1.2 Nougat out of the box with almost stock version of Android. It may be updated to Oreo later, but we wouldn’t hold our breath just yet.

Other features of the Nokia 2 include an 8MP rear camera and a front facing 5MP camera. The phone is backed by a huge 4000mAh battery, which should easily give more than a day’s worth of usage, given the specs of the phone.

Given the popularity of entry-level phones from the likes of Xiaomi and Motorola, HMD Global’s Nokia 2 could just be the right device to help the company offer an even more affordable option to consumers. While the US price of the Nokia is expected to be $99, we could see an even lower price in India.