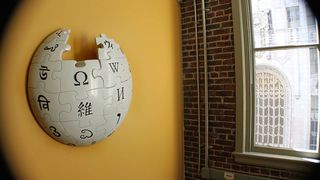 Chances are if you're reading this, you've also read a Wikipedia article at one time or another. The go-to resource for free online information turned 15 on January 15, marking a major milestone for any web-based service, let alone one that isn't supported by ads.

What started as a single-language site in 2001 is now available in nearly 300 languages, and the Wikimedia Foundation, steward of Wikipedia, has a whole portfolio of free knowledge projects, including Wikimedia Commons (home to 30 million freely licensed photos), and Wikidata, a database that provides structure to the virtual stacks of Wikimedia knowledge. According to the Wikimedia Foundation, 28% of the people alive today don't know a world without Wikipedia.

There are more staggering numbers - for example, it has over 5 million English-language articles alone - but there are still strides to be made, particularly when it comes to the diversity of its community. And as a non-profit that relies on donations to survive, can Wikipedia endure as a bastion of free knowledge for all?

I spoke with Katherine Maher, chief communications officer at the Wikimedia Foundation, about Wikipedia's last 15 years, the challenges it faces now, and what the future looks like for everyone's favorite encyclopedia.

Techradar: How would you sum up the last 15 years for Wikipedia?

Maher: It's been a remarkable 15 years. A good way to think about it is that Wikipedia was created in English, and in the first year it had grown to 18 languages. Now, it's been adopted by the world and become much larger than an English-only project.

Today more than 85% of articles are in languages other than English. Some of our fastest growing Wikipedias are in languages from countries where people are coming online really quickly. The Persian, Arabic and Vietnamese Wikipedias are growing rapidly, so it shows us that the future of Wikipedia - while it's absolutely growing in North America and Europe - is in countries where we have more diverse languages.

Techradar: Globalness sounds like it's been an important driver for Wikipedia, and will remain so.

Maher: There's an incredibly diverse global community that participates in Wikipedia. The spirit of Wikipedia is the stewardship of free knowledge in the world, and it's much more than editing. We do outreach to museums - we have a partnership with the British Museum, one of the oldest institutions in the UK. It's actually it's 257th birthday today. We have a partnership in the US with the National Archives, which has opened its archives to Wikimedia so we can put those online. We have relationships with other institutions around the world where we engage in knowledge exchange.

Techradar: How has the community changed over time? There must be thousands upon thousands of people participating in Wikipedia.

Maher: We have 80,000 editors who edit more than five times a month, but the number is actually greater for those who drop by once a month.

We are always looking for new and creative ways to engage in issues with community. In March, around International Women's Day, we do an art and feminism edit-a-thon. We are focused on increasing the articles about women and the quality of those. We have Wiki Loves Africa, a major competition that is dedicated to improving the quality of content about Africa. We have new, rich ways of using and exploring Wikipedia that go beyond the experience of editing articles.

Techradar: What are some of the biggest challenges Wikipedia has faced in the last 15 years? What are challenges it's facing now?

Maher: Traditionally, Wikipedia has been edited by the global North, and that has meant that it hasn't always been as diverse and global as possible. There's a gender balance - we recognize that we need to have more female editors to truly have all the knowledge in the world. So, we've worked hard to increase the diversity of our editor base. We set aside a quarter of a million dollars for grant proposals as part of a campaign to seek ways to increase gender diversity across Wikimedia.

Next Page Guarding against the future
See more Internet news