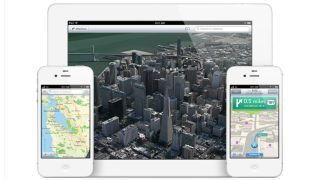 Having moved away from Google and towards Bing, Apple has managed to shake off Google's grip on iOS when it comes to search - but it appears to have bigger ambitions in the pipeline.

As spotted by Cult of Mac, the company has posted a job advert for an "Engineering Project Manager" for something called Apple Search.

As the summary goes on to explain, that job is precisely what you might think - a "search platform supporting hundreds of millions of users" to be led by a person who would "play a part in revolutionizing how people use their computers and mobile devices".

What's he building in there?

Now, we've been expecting Apple to show up at the search party for some time, but we don't think it would be foolish enough to take on Google with an all-out web engine complete with a domain name, bells and whistles.

Instead, a service baked into its hardware seems more viable. Apple already has Siri, so it feels like some of the pieces are already in place.

That said, this could be nothing more than Apple rejigging its Spotlight search. But considering how many people use iOS devices, and how many of those use Safari as their default search browser, kicking both Microsoft and Google out of bed could be a smart move for Apple to make right now.