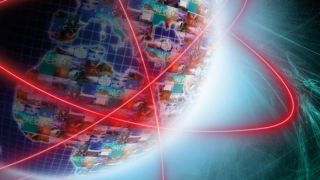 Let's keep this open for business

Tom Wheeler, the chairman of the US's Federal Communications Commission and the person in charge of regulating the internet there, has issued a lengthy statement in which he clarifies his stance on net neutrality.

And thankfully, he's on our side.

The most recent word on the ongoing battle for net neutrality was that the FCC was reportedly considering reclassifying the internet to make it easier to regulate.

"This proposal is rooted in long-standing regulatory principles, marketplace experience, and public input received over the last several months," Wheeler confirmed on Wired.

Whatever rules the FCC establishes this week won't affect only the US, but will likely have far-reaching consequences for internet users around the world.

Good for the goose

Wheeler says what internet service providers want may not always be best for internet users (duh), and that the FCC has the power to update its rules as technology evolves. That's exactly what he intends it to do now.

He recounts a story of his own tech startup in the '80s, which he says failed because of closed network systems, and says his new rules are "the strongest open internet protections ever proposed by the FCC."

"These enforceable, bright-line rules will ban paid prioritization, and the blocking and throttling of lawful content and services," he wrote. "My proposal assures the rights of internet users to go where they want, when they want, and the rights of innovators to introduce new products without asking anyone's permission."

At the same time, he says, the rules will not discourage operators to invest in their networks and infrastructure.

"The internet must be fast, fair and open," he concludes.