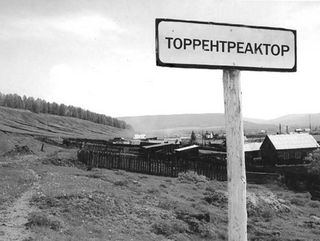 TorrentReactor's village - wonder if they are going to have a fete?

One of the biggest torrent sites on the internet, TorrentReactor, is claiming it has bought up the town of Gar in Russia, renamed it and given its residents free internet access.

The town, which was set up in 1958 by a religious group, has been allegedly bought for the princely sum of 4.5 million rubles (£94,580), and contains just 214 inhabitants, three computers and one dial-up internet connection.

TorrentReactor is apparently looking into giving the whole town broadband access – presumably so it can log onto the torrent site and download a copy of whatever the latest movie is out.

Although Russian sources in the area claim that TorrentReactor has made the whole thing up, a spokesperson for the torrent site has contacted TorrentFreak and said the deal is in fact legit and it has a page showcasing its new 'village'.

"We realise it's just a drop in the ocean comparing to the amount of money needed to help thousands of other villages. But we at least do something to support complete strangers," said a spokesperson for TorrentReactor.

"We are proud that we are able to do so and hope we will be proud of this in the future."

Is it 1 April already?