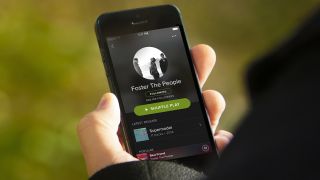 Spotify plays a lot of ads for people who use the service but don't subscribe to Spotify Premium, and those ads are about to get a lot more personal.

The streaming music company has announced that it's giving advertisers access to its first-party data about users, from age and location information to the genres of music you like.

"Brands can now target audience segments based on who they are (age & gender, geography, language), what they're listening to (playlist, genre), and when and how they're listening (time of day and by platform/device)," the company's announced said.

Ads will also start to follow you around on various devices, a process called "cross-platform retargeting and sequential messaging." For example, the first part of a two-part ad might play while you're at the gym on your phone, with part two following later on your PS4.

Basically advertisers will now be able to target specific groups and users much more specifically.

The end result may be that ads that play during indie rock playlists sound like indie rock songs, or that ads for Muscle Milk play when you're at the gym.

Whether that's a good thing is going to be up to individual users to decide.