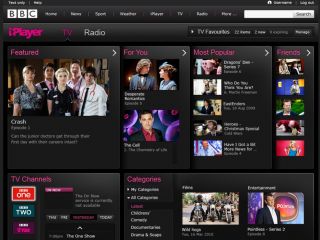 Huggers leaves the iPlayer for Intel

The BBC has announced that Erik Huggers is to leave his Director of Future Media & Technology post to become Corporate Vice President and General Manager of Intel's Digital Home Group.

Huggers will be a massive loss to the BBC, as he was the man who was in charge of pivotal digital operations for the broadcaster, including the iPlayer after he took over from Ashley Highfield, and was a massive component in restructuring the online arm of the BBC.

In a memo to BBC staff, which was procured by PaidContent, BBC director general Mark Thompson said about Huggers: "Erik is the key architect for a radical refocusing of BBC Online as part of our proposals for Delivering Quality First, which we will be announcing in due course.

"He also presided over significant technology projects such as W1, BBC North and Fabric and has chaired the YouView consortia to the point where it was incorporated as a joint venture.

"He has been a dynamic and inspiring colleague and I wish him all the best with his new role at Intel."

Thompson has already decided on Hugger's successor, revealing that the job has been split.

Chief Technology Officer (CTO), John Linwood will head up a new Technology division which will be responsible for delivering the BBC's digital needs in terms of production, broadcast, connectivity and enterprise support.

Ralph Rivera has been appointed as director of future media, a division which will focus on developing and delivering digital products and services.

Both of these appointments will take place in March.

Huggers is no stranger to the computing side of the tech world. Before joining the BBC in 2008 he was at Microsoft, in charge of running the European arm of Windows Media.