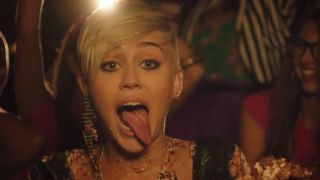 Television is over, according to Google

In that time, the site has seen its visitor count steadily increase from 30 million users a year to an insane 1 billion unique users per month.

As a result of the prominence of web video over the past eight years, there's been much debate about the viability of television, with its high production cost and (sometimes high) cost of entry, versus web video, with its anyone-can-do-it attitude and free-to-watch mentality.

Though some pundits speculate the future doesn't bode well for television, Google Executive Chairman Eric Schmidt believes that the future is already here, and television is so yesterday.

Speaking to a collective of digital advertisers, Schmidt was asked when he thought internet video would finally surpass traditional television.

"It's already happened," Schmidt said, as reported by The Telegraph. "It's not a replacement for something that we know. It's a new thing that we have to think about, to program, to curate and build new platforms."

YouTube has already gone to great lengths to bring a multiple slates of original content to the platform, though some of the channels created with the various investment initiatives have been more successful than others.

What truly helps YouTube stand out, at least in the eyes of YouTube Global Head of Content Robert Kyncl, is the interactivity the site brings to media.

Google has also been trying to stretch YouTube into the living room with GoogleTV, as well as its apps on gaming consoles and mobile devices.

All that said, YouTube still doesn't have the staying power of television, with web users sticking around for far less time daily on YouTube (20 minutes) than when watching standard TV (4+ hours).

That may not matter to advertisers though, as YouTube currently attracts the most members of the key 18-34 male demographic than any other network in the U.S.

Just how many of these viewers YouTube will continue to attract if it adopts a pay-to-watch model remains to be seen, but advertisers and users are watching, and that seems to be all that matters.