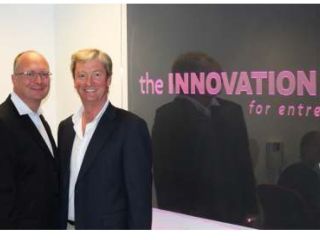 A UK man is one of seven trusted internet security experts worldwide who have been chosen to hold a cryptographic key to the internet's DNS servers.

Paul Kane, CEO of CommunityDNS, travelled to the US to collect his key from a high security facility and has now stored it in a safety deposit box.

In case of terrorist attack or other nasty Roland Emmerich-style global meltdown, Kane may be required to travel to the US to meet four other key holders and recover the master root server signing key – though we guess he might have to set off in a canoe if all hell breaks loose.

"I'm honoured and excited to be recognised for past achievements and current contributions to global internet security as we add additional tools to allow the end user to feel more confident in their use of the internet," said Kane, who is the key holder for Western Europe.

The move is a result of DNSSEC (Domain Name System Security) - a new process to make the web more secure by verifying websites. Essentially the system adds digital signatures to the standard DNS queries to verify their authenticity.

Essentially, the system means the chance of people ending up on the right banking or shopping site is greater, rather than being phished or redirected in some other way – eight per cent of web traffic is currently thought to be fraudulent.

Launched in 2007 and based at the Bath SETsquared Innovation Centre, CommunityDNS provides a globally diverse name resolution service to large corporations and national domain name registries from over 40 countries and handles up to 18 billion queries per day as part of a worldwide network.