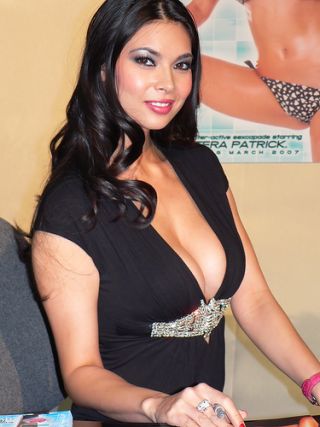 Evan Seinfeld isn't much to look at, but his wife's quite easy on the eye (photo ©Tu Photo @ Flickr)

In the grand tradition of gobby, self-absorbed D-list celebs, Evan Seinfeld (you know, the former bassist with 1990s thrash band Biohazard) has threatened to "kick the shit" out of anyone he ever catches downloading his music or movies through BitTorrent or P2P sites.

However, Seinfeld’s apparently free-spirited and liberal approach to life doesn’t quite extend into the world of P2P and BitTorrent file-sharing. The bassist-turned-swordsman recently told Metal Edge magazine:

"Downloading free music is stealing. There’s no other way about it… That’s the way the band makes a living. If you like that band, you shouldn’t download their music for free because it can make the band go out of business," Seinfeld said.

When asked about how BitTorrent and P2P sites affected his adult movie business, Seinfeld was even more upfront with his views:

"Do people wake up in the morning, look into the mirror, and say, ‘I steal other people’s shit all day?’ If so, you should know that you are a scumbag and if I catch you I will kick the shit out of you."

As our cousins from across the pond might say ‘what a schmuck!’.