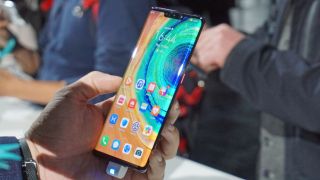 If you’ve been following the Huawei saga or even just the launch of the Huawei Mate 30 and Huawei Mate 30 Pro, then you’ll know they don’t have official access to Google apps and services. There was briefly a way to overcome this, but not anymore.

On October 1, John Wu (a security researcher) posted a method to add Google services to the phones, but in the 24 hours since then the method has been blocked according to Bloomberg, via a change that apparently only Google could have made.

That most significantly means no access to the Google Play Store and its vast library of apps, but it also locks you off from the likes of Google Maps and Gmail.

It’s a change that isn’t terribly surprising given that the Huawei Mate 30 range was never meant to have access to these things anyway, but it’s still unfortunate, especially as the workaround sounded quite simple, so a large number of people may have taken advantage of it.

It seems then that unless the US removes its ban on Huawei’s access to the country’s products and services, the Huawei Mate 30 range – and likely any future handsets – will have no access to much of what makes Android good, even for those who have the technical know-how to use workarounds.

It’s a situation that’s all the more unfortunate as based on our first impressions the Huawei Mate 30 Pro in particular is a very impressive phone in most ways, but we can’t see there being much market for it in the west without full Android support.