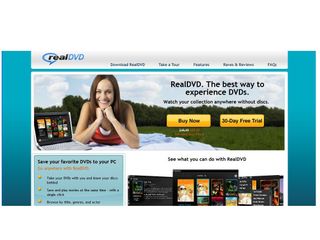 Two weeks ago we let you know about the first legit DVD ripper on the market - RealDVD. By legit, we mean the technology was licensed legally.

The fact that the software adds a hefty slab of DRM on to your copied DVDs helped Real Networks (of Real Player fame) get the license, while keeping everyone happy. Or so the company thought...

Now the big-wigs in Hollywood are worried just what an effect the software will have on the already home entertainment industry.

TechCrunch has reported that Real Networks has actually filed a suit against Hollywood. Or, to be more precise: DVD Copy Control Association, Disney, Paramount Pictures, Sony Pictures, and Twentieth Century Fox, among others.

The reason: Real Networks wants the film industry to stop trying to shut the software down and understand that RealDVD "fully complies with the DVD Copy Control Association's license agreement."

Speaking about the decision to take the sorry business to courts, a spokesperson for Real Networks said: "We are disappointed that the movie industry is following in the footsteps of the music industry and trying to shut down advances in technology rather than embracing changes that provide consumers with more value and flexibility for their purchases."