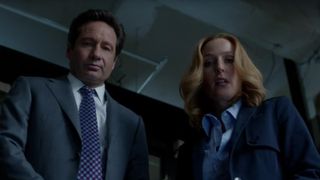 For those of you who really can't wait for Fox Mulder and Dana Scully rto eturn to the small screen in just two weeks, you can now check out the first full minute of the new miniseries.

You'll need to head on over to doyoustillebelieve.com to see the clip, which luckily doesn't spoil anything.

This opening scene, which is narrated by Mulder and was announced with a tweet, does give you a solid base to see where the show will be heading, while also catching you up very quickly on what's happened so far.

The website also let's you create an X-Files themed profile picture, so you can harass your friends with your excitement for the new miniseries on social media.

The X-Files miniseries is set for a two-night premiere in the US on January 24 on Fox, with the second episode to air the next night.

And if you haven't had a chance to catch up on the original series, we also recommend checking out this preview for the new series below, which also works as a refresher.