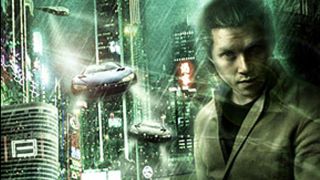 Fans of the classic cyberpunk sci-fi book Altered Carbon - and consumers of gritty, futuristic noir stories in general - may be pleased to hear the aforementioned novel is being adopted into a series for Netflix.

A 10-episode run will arrive on the streaming service at an as-yet-determined date. Laeta Kalogridis, who's written, produced, and executive produced such flicks as Shutter Island, Terminator Genisys and Avatar, will executive produce and write the show.

Altered Carbon is set in the backdrop of the 25th century in a world where the human mind can be digitized and a person's soul downloaded into another body. Protagonist Takeshi Kovacs is an ex-military Envoy imprisoned for 500 years who's downloaded into the kind of future he'd fought to prevent in order to solve a murder. Solve it, and Kovacs gets another shot at life on Earth.

Altered Carbon is just one of a growing slate of new Netflix programs, particularly with a dramatic bent. Just this week, the service, which plans to spend about $6 billion on content this year, picked up 10 episodes of Gypsy, a "sexy psychological thriller."