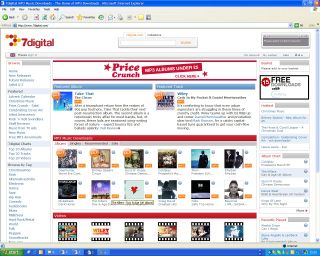 Music download service 7digital has announced it is branching away from the web with a new partnership with Imerge – the makers of luxury entertainment systems.

Owners of an Imerge system, which points to those with a lot of money to spend, will now be able to access 7digital through their setup without the need to log on to the web.

They will have the choice of 7digital's six million MP3 track catalogue and once downloaded the tracks will be able to be transferred to any music device.

The content will be available through Imerge's XiVA store.

Speaking about the link-up, Ben Drury, CEO 7digital, explained: Instead of using traditional web based downloads via a browser, Imerge has incorporated the XiVA store into its hardware. This makes purchasing media content an instant and straight forward experience. This is the kind of customisation and integration that is achievable with our API."

This service will be initially offered to Imerge customers in the UK and US, with more territories to follow.

This is one of many deals that 7digital has announced in recent months. Others include a deal with Songbird and Spotify, and the service was the first to offer Oasis' last album Dig Out Your Soul.