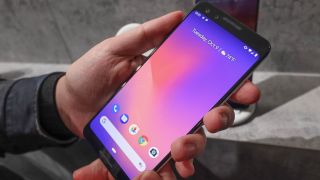 While the Google Pixel 3 was definitely 'premium' in terms of price, some of its features – like a small screen size, and low RAM – didn't adhere to what we consider a flagship phone. It looks like the Google Pixel 4 could address some of those concerns, however.

Speaking to BGR, insider sources have confirmed two major upgrades to the Pixel 4 and Pixel 4 XL, in terms of the RAM of each device, and the size of the screens.

Ever since the original Google Pixel handset, Google's smartphones have had 4GB RAM, but when many high-end and even mid-range devices now have 8GB, that's starting to sound a little low.

According to the leak, however, the upcoming handsets will have 6GB, which is a moderate upgrade, but still an appreciated one given that all the previous phones were on the low side.

Another thing that's increased is screen size, as both the Pixel 4 and 4XL are set to have bigger screens, if the leak is to be believed.

While the horizontal pixel count remains the same, the increase in the number of vertical pixels suggests that the new Pixel 4 and Pixel 4 XL will have taller displays, increasing the overall surface area.

Since the exact source on these leaks is unverified, you're best taking this information with a pinch of salt, but they're not exactly outlandish claims. We'll find out more in October, when we're expecting Google to launch the new series of phones.