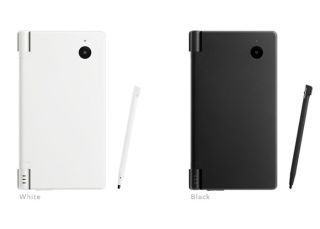 Nintendo announced this week that the forthcoming games for its new DSi handheld will be region-locked. But why?

TechRadar spoke to Nick Ellis, editor of leading Nintendo magazine NGamer, who told us that, "as stated by Nintendo, the region lock ties the DSi online game stores to each region, exactly the same as the online services for Wii, Xbox 360 and PS3 already do."

"The announcement doesn't specify a region lock for physical media, and even if that's the case then it wouldn't affect existing DS games or future games played on the tens of millions of older DS already sold," added Ellis.

"With so many consoles already in gamers' hands, the number of cart-based games made solely for the DSi is likely to be minimal, at least for the foreseeable future."

"Although Japanese developer and publishers have ramped up their deals with European distributors
and publishers in recent years," Boxer reminds us.

"So although some of the quirkier DSi titles may not make it to Europe, the majority should, albeit a long while after the Japanese release."

A point of view which Nick Ellis concurs with, telling TechRadar: "It's still disappointing that European audiences will either be made to wait for, or be denied completely, what we suspect will be a large number of downloadable DSi games."

Though Ellis provides a glimmer of light for European Nintendo fans, reminding us that "the Wii's online store in Europe is every bit as content-filled as those in other regions, so hopefully this will also be the case for the DSi."

"Clearly, the move is all about piracy," claims Steve Boxer. "The DS has been targeted by pirates, especially in the Far East - and you can't blame Nintendo for that."

"Nintendo isn't about to abandon the existing DS market, so it will be quite a while before region-locked DSi-specific titles are released in significant quantities."

NGamer's Nick Ellis is not so sure, arguing that "region-locking is unlikely to solve the issue of piracy."