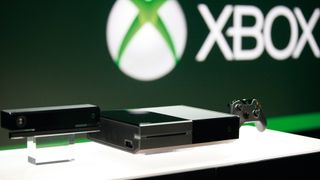 Just like the Xbox 360 did throughout its seven-year lifespan, the Xbox One has been changing consistently since its release in 2013.

The latest update adds a new friends section, a media player app, improvements to the party system, and more, and it's available now for preview users.

Microsoft mentioned these features and more during the German Gamescom convention in mid-August, and Xbox Live Director of Programming Larry "Major Nelson" Hryb announced today on Xbox Wire that they're rolling out now.

The new friends section and the improved parties both make it easier to see what other players are doing and to perform common actions. Parties also now have a party leader who controls certain settings.

But those changes are only the beginning of what Xbox One update previewers are getting today.

The media player app will let users play media files ranging from various audio file types to movies and even animated GIFs, from external USB storage or (eventually, though not currently) over network servers that support DLNA.

There are new TV features coming as well, including a boot-to-TV option for consoles in connected standby mode, a stream-to-SmartGlass feature, a live TV Miniguide on the bottom of the screen, and a preview of the separate Xbox One Digital TV Tuner hardware accessory in the UK, France, Germany, Italy, and Spain.

SmartGlass, too, is improving, with new commenting, sharing and clip-recording features, plus a new activity feed, in the app.

There are several other minor changes coming as well, like the ability to select multiple GameDVR clip to delete at once or to save your Avatar GamerPic to OneDrive.

Settings are being updated as well, including a new option to see bandwidth usage in network settings.

And finally Microsoft is enabling the "Xbox on" command in Australia, French-speaking Canada, Italy, Spain, Mexico, and Brazil, and doing back-end work to prepare for the Xbox One to launch in 29 additional markets.

Hryb reminded users that their input on feedback.xbox.com is appreciated and taken into account, and promised that these updates will roll out to the public in "coming months."