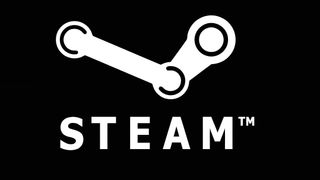 I'm resolutely neutral when it comes to gaming platforms. I own all the major consoles and have been a PC gamer my whole life.

So I welcome with open arms the latest thrust in PC gaming - SteamOS and the rise of the Steam Machine. Innovation, woo!

Bringing PC gaming into the living room is a super idea in theory. But SteamOS has been hailed in some circles as the saviour of PC gaming and I take issue with that on two counts.

Firstly, PC gaming just doesn't need saving - there are already 75 million active PC gamers out there on Steam alone and that number is rising.

Secondly, even if it did need saving, to ape the TV box + control pad form factor of the traditional console is, for me, ignoring the key differentiator of the PC as a gaming platform – the control, finesse and precision of the keyboard and mouse combo. Underestimate it at your peril.

"The mouse will always be mightier than the gamepad, whichever flavour it comes in"

I haven't had a play with the Steam Controller yet. From what my colleagues tell me though, it's a decent gamepad that feels good in the hand and has a lot of potential.

But the potential to render the keyboard and mouse obsolete? Trust me, a pig will fly solo around the world before that happens.

There's a reason why most Xbox and PlayStation games don't allow you to hook up and game with a keyboard and mouse – it's the huge advantage it gives you in many multiplayer games.

Gamepad players simply stand no chance in COD, Battlefield, Counter-Strike or whatever, against those with the pixel-point accuracy and speed of a gaming mouse. It doesn't have to be a first person fragfest title for this to be so. It's just a far more proficient control method for many game types (racing games being one obvious exception) and that is a fact.

For that reason, those people who are serious about PC gaming will never give up their favourite peripherals. And let's face it, most PC gamers will at some point or another have attempted to use keyboard and mouse in living room environment. It. Does. Not. Work.

OK, so what if games are specifically designed with the Steam Controller's unique touchpads in mind?

Well it won't happen because the vast majority of games will still be developed primarily for consoles and their traditional gamepad layouts. And either way, the mouse will always be mightier than the gamepad, whichever flavour it comes in.

So if the gamepad is the USP, and the hardcore gamers don't want to use it, what's the point of a Steam Machine again?

"We tried every combination of USB drive and port we could find, as well as a whole host of different installation methods, but each and every time it would kick us back to the BIOS. Valve wasn't joking when it said this beta of SteamOS is for Linux hackers only". Hands on: SteamOS review

Of course, the other key argument for the Steam Machine is that you can make them cheaper than a traditional PC because you negate the need to pay for a Windows license. Instead, it's all based on Linux which is freeeeee!

But is the saving of 50 bucks really worth sacrificing the stability and familiarality of Windows? Sure, Windows 8 has serious issues with gaming, but it's being fixed, and in any case, those problems are nothing compared to getting Linux up and running.

Linux is a total nightmare

Did you hear the one about the Linux newbie who had a great experience when she booted into her Linux distro? Her keyboard and mouse both worked first time, she had no graphics or sound problems, it recognised her portable storage devices, she navigated the OS easily and was totally pleased with the experience. Nope, you haven't heard that one, because it's literally never happened.

Linux is inherently hostile to non-technical users and no matter what Valve wants you to believe, introduce some USB peripherals into the mix and you can guarantee at some point you will incur a corrupt file or a bug in a game and you'll inevitably be punted into the miserable world of Linux terminal commands. That's not the happy plug-and-play experience you'll find in the PS4 or Xbox One.