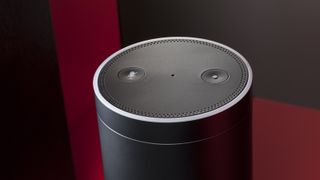 Ever since the Amazon Echo first appeared, developers have been adding new abilities to Alexa, the voice-controlled AI service that runs on it. Now Amazon has confirmed Alexa has reached the milestone of 1,000 third-party "skills".

Amazon's announcement is designed to get even more developers jumping on board with Alexa plug-ins of their own, but the roster of current talent is impressive: Domino's, Fitbit and Uber are three of the well-known services you can access through Alexa.

That means if you've got an Echo installed at home, it's possible to call up a pizza, your fitness statistics or a taxi using the power of your voice. Amazon has developed many different Alexa features itself, from web searches to weather forecasts.

Speaker of the house

"Today, we have a vibrant community of tens of thousands of developers who are learning about the service, bringing useful and innovative skills to every aspect of Alexa customers' lives, and introducing their own users to the magic and simplicity of hands-free, voice-driven interactions," enthused Amazon's Rob Pulciani via a press release.

Alexa is spreading beyond the Echo too - it's now also available through the Amazon Fire TV and was recently added to Pebble's new Core fitness tracker. What's more, the idea of the Amazon Echo tube has proved so popular that Google has copied it and Apple is rumoured to be planning to.

With all the major tech players now having smart digital assistant platforms of their own, third-party integrations are going to be one of the ways that users can distinguish between them - it's like the app store wars all over again.

Check out our video review of Computex 2016: