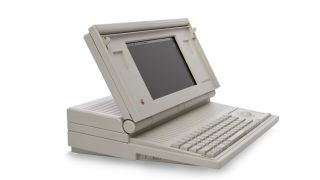 Some of Apple's near misses

As a company, Apple seems to court the naysayers. Of course, it's been about to collapse for the last 25 years, with plenty of examples of things not going to plan, technology that wasn't adopted, products that failed to sell, or that died before version 2.0.

But often during the last three decades those cunning designers at Apple have shown remarkable prescience. Their triumphs are clear.

But how about this: examine those seemingly failed products and technologies, and you'll find that they naturally fall into three categories of failure: style over substance; ideas embodied ahead of the prevailing technology; or trying to solve the right problem, but not necessarily in the right way.

Apple has produced a fair few Mac models that some might consider 'failures'. Any list of examples will be subjective since they all have their own lovable features, but there are some that are less forgivable than others.

Let's start with the Macintosh Portable. Affectionately known as the Luggable, it's generally considered to carry with it an accompanying Family Fortunes-style rejection noise. Heavy and expensive, and - until they added the v2 backlight - it was unusable in daylight.

The weight was due to lead-acid batteries: despite giving (for its time) a phenomenal battery life, they died permanently if fully discharged, and - because they were wired in series to the supply - once dead, you couldn't even use it plugged into the wall.

But before consigning its reputation to the scrapheap, the defence begs the jury's indulgence with some choice pub-quiz facts. It was the first computer to send an email from space (how cool is that?), and it had a reconfigurable trackball. More importantly, it effectively formed the basis of the Sony-built PowerBook 100 (with the trackball in the centre). As anyone who ever owned one will tell you, the PowerBook 100 was one of the greats.

The G4 Cube is the canonical style-over-substance Mac. It wasn't even strictly a cube: a 200mm cubed CPU housing yes, but held in a 250mm-high acrylic box. Underpowered, with the CD drive vertically mounted, external speakers, an external (and similarly sized) power supply, the box would crack if you didn't use kid gloves - and there was no audio-in. Oh, but it looked good - good enough to feature in an episode of The Simpsons.

It failed because it was both too expensive and slow. The form-factor was almost right: at introduction Mac mini was treated as a miracle new design, but in essence it was just the Cube done right. You can stack five new Mac Minis into the same volume, and the power brick is built in. Despite its failure though, it's still a sought-after object of desire, not least because it makes an excellent MacQuarium.

Of course, with every new Mac's arrival, old Mac hands ask the same question: 'Is this the machine engineering wanted to ship, or did marketing get hold of it?' To some, the entire Performa series was a marketing disaster. They lacked oomph, the occasional maths coprocessor, had weird memory configurations (5MB maximum) and there was a new version every three weeks (70-plus models between September 1992 and November 1996.)

But the idea of getting our grubby paws onto a cheap(ish) colour Mac was worth the minor flaws. It has 'oddball marketing department' written all over it. Let's single out the oddest: the Performa 610 DOS compatible. This was a 68040-based old-school Mac with a 25 MHz Intel 486SX coprocessor card stuffed into its Processor Direct Slot. Despite the name, it shipped with Windows 3; you could toggle between OS versions on the fly, or run two monitors simultaneously.