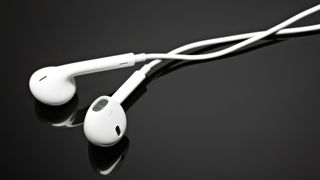 The rumor that Apple's next EarPod headphones would feature a heart rate monitor and iBeacon built in has turned out to be a complete and utter hoax.

We did call it "the most unfounded Apple rumor" we'd yet heard, though we also pointed out how much sense it would make.

Still, the prankster has come out of the woodwork to clarify that he or she "just made it all up on the shitter."

Can't argue with you on this one

The culprit claims to have never seen the Apple patents related to earbuds, and reportedly knew nothing of Apple's recent medical-focused hires.

Instead, this person apparently made the rumor up because the Secret social network's "anonymous nature makes it a fun place to post things you can't on Twitter."

"I wrote it 5 minutes after I woke up on the 1st of may," the confessional Tumblr post reads. "I was blurry eyed, I had a headache, I was using the toilet and worrying about my blood pressure."

The person laments that a number of coincidences made the rumor sound more credible than they intended, and the guilt of duping so many people legitimately appears to be a heavy weight.

"I'm sorry this joke got out of hand," the post reads. "I'm just someone who thought they were funny and made a lucky guess and was too dumb to cut it off early before it got silly. I was a jerk."

Fair enough. And just in case you're skeptical about this confession - can't imagine why - note that the author of the original Secret post linked to the Tumblr exposé in the comments.

The takeaway from all this?

"I'll think twice from now on about what I say online," the jokester wrote. "I suggest for some this act as a warning that they should, too."