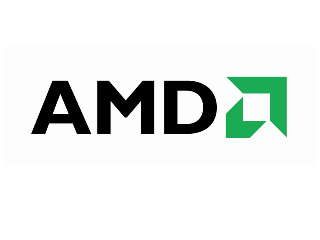 AMD has launched the first-generation of its new Fusion chips, which combine both GPU and CPU functions on the same die, something that AMD calles an APU, or accelerated processing unit.

AMD is planning various changes to its line-up as 2011 shapes up to be a truly revolutionary year in terms of computing architecture.

Designed to coincide with CES and another big announcement from a certain other chip manufacturer, AMD's new chips sit on the Brazos platform.The processors used will come in two different guises – a super low-power Ontario processor needing only 9W of power – and the 18W Zacate chip for more mainstream notebooks.

AMD has turned its attention toward netbooks – a stronghold for Intel with its Atom chips.

AMD is promising huge advances in battery life from netbooks and laptops running these chips – though we'll have to wait until we get kit to see how this really pans out. Not only that, the company also hopes its expertise in graphics will hit home with buyers looking for a low power, portable netbook but who still want DirectX 11 graphics.

Both of these chips are based on a new core codenamed Bobcat, based on a 40nm manufacturing process.

After Zacate, AMD is planning a 32nm core called Llano, which will be with us during the first half of this year. The company also will debut its long-awaited high-performance x86 multi-core CPU architecture codenamed Bulldozer.

With Bulldozer, AMD will do away with the conventional notion of CPU cores and create a much more modular chip designed to deliver a better balance of integer and floating point performance.

If Bulldozer manages even to just close the gap significantly between AMD's chips and Intel's Sandy Bridge, that will be some achievement.