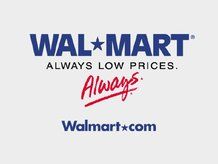 Wal-Mart: getting rid of pesky DRM

Wal-Mart, the owner of America's largest discount store chain and proprietor of Asda, has announced it is to shut off its DRM music server just 13 months after it went online.

While this is undoubtedly a good thing, it does mean that anybody who has bought music through the store's online services will have to back up their 'choons' to a CD pretty sharpish, or run the risk of losing the lot.

The store will swap all its music to MP3 on 9 October. The company already has an existing MP3 store, which was launched last year.

Wal-Mart has only been offering DRM-free MP3 tracks since February of this year, so anyone that bought protected WMA music files prior to this, will have to burn them to disc.

Which is pretty funny considering the whole point of DRM was to stop you from freely distributing your music as and when you want.