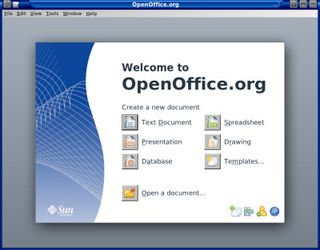 OpenOffice 3 is here - but is it notably better or faster?

OpenOffice 3.0 is here, claiming to be faster and offer a bunch of new features – so is it worth your time? And might it finally wean you off that MS Office addiction?

Linux Format magazine has given the software a full run-through and test in Linux, noting that, straight from the off, "the most obvious change comes when you run 'soffice' instead of one of the component programs… Instead of the empty window that greets 2.x users, a new Start Centre appears, offering options to create various types of documents, open an existing document, download templates or install extensions. It may not make a massive improvement to productivity, but it gives a much better first impression."

Users can import files in the new Microsoft Word format, OOXML, with support for .docx, .xlsx and .pptx currently read-only, which is fine for sharing docs with your Office 2007 using colleagues, but not so fine if you want to edit them.

What else is new? Writer has gained the ability to display multiple pages at once, which means that with large or multiple monitors, a display of several pages is quite readable.

The Calc spreadsheet has also seen some improvement, with the old limit of 256 columns increased fourfold. The collaboration features mean that a spreadsheet can be shared, allowing other users to add data.

Meanwhile, in Impress you can now insert tables instead of the using the previous fiddly workaround of embedding a spreadsheet object to get a similar effect.

Performance-wise, the mag notes that "OpenOffice.org startup times are legendary and there is not much change with OpenOffice.org 3."

For the full OOo3 test, check out Linux Format.