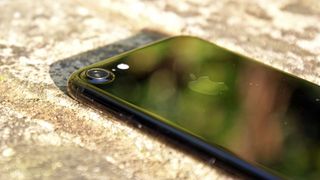 Apple seemingly has big AR (augmented reality) ambitions, which could culminate in a pair of smart glasses, but before that the company is said to be working on putting AR features into the iPhone’s camera app.

According to “a person familiar with the matter”, speaking to Business Insider, Apple wants you to be able to point your phone at a real-world object and have it recognized.

That could be easier said than done, as it would mean creating or licensing a database of 3D objects, but, while the source doesn’t say why Apple would want this, it’s easy to see the potential.

It could, for example, allow you to see information on what you’re looking at, such as the history of a building or the opening times of a shop.

Apple also apparently wants the camera app to be able to recognize and manipulate faces, which could explain its purchase of Faceshift – a company that specializes in the real-time capture of facial expressions.

Once these basic features are built into the camera app, Apple is supposedly going to make the technology available to third-party developers, allowing for a much wider range of AR experiences.

It’s not clear when Apple’s AR camera app will be ready, but it’s sure to be done before the company’s rumored AR glasses, which could arrive in 2018, meaning our first taste of Apple’s take on AR might launch with the iPhone 8.