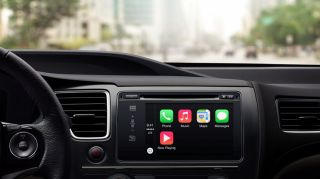 California is a self-driving car testing hotspot at the moment - a lot of the world's biggest tech companies are based there, and the state has special laws governing the testing of autonomous vehicles - but Apple and Tesla want to see a few tweaks to regulations coming into force soon.

Specifically Apple wants to see less information shared about "disengagements", where human drivers have to take control, on the grounds that too many tales of self-driving mishaps will shake trust in the fledgling technology - it would rather keep its operations mostly under wraps until it's ready.

In Apple's note to the Department of Motor Vehicles in California, it says the company is "investing heavily in the study of machine learning and automation", an open secret we've known for some time. Still no details on what exactly Apple is testing, though.

Both Tesla and Apple have called for the DMV to allow the testing of heavier autonomous vehicles too - we know for a fact that Elon Musk's company wants to get a self-driving semi truck out on the roads, and apparently Apple has designs in that direction too.

The amendments Tesla, Apple and others are asking for relate to updated regulations that the state of California is planning to implement soon. Among the changes are permissions for self-driving cars to be tested without humans on board at special designated tracks.

Waymo (owned by Google's parent company Alphabet) and Uber have also sent in requests as well: Waymo wants to see automobile makers let off the hook for crashes that aren't their vehicles fault, while Uber would like permission for its paying customers to ride in autonomous cars as they're being tested.