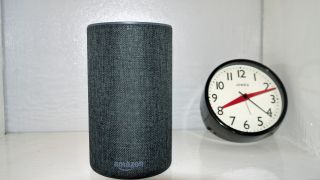 Amazon has introduced a new feature: SMS messaging. If you’re currently the proud owner of an Echo device you’ll know that you can send messages between Echo devices, but this new feature allows you to send more traditional text messages using only your voice.

You’ll need to live in the US and have an Android phone linked up to your Alexa account in order to take advantage of this feature. There’s no word yet on whether this feature is going to be coming to iOS devices or other regions.

We’d be surprised if it stayed as a US exclusive feature, but given that Apple is due to release its own smart speaker (the HomePod) to the market in the coming weeks, it’s possible that the feature won’t come to iOS, as Apple may offer an iMessage alternative.

What’s quite cool about this new feature is that although you won’t be able to send MMS messages (or group messages, or message 911), it looks like you’ll be sent not only the text message but also a link so you can listen to the message.

This new feature looks like it’s not the only change that Amazon in making to Alexa. In a Superbowl teaser commercial, Alexa loses ‘her’ voice, and Amazon CEO Jeff Bezos lines up replacements. This could mean that on Sunday we get a host of new voices in Echo devices.

The YouTube video lines up a number of videos on Autoplay of celebrities opening Amazon boxes with headsets, including rapper Cardi B, actor Anthony Hopkins, chef Gordon Ramsey, and comedian Leslie Jones. It’s not clear yet if these are going to be permanent voices or just a marketing stunt. We’ll keep you posted. For now, you can watch the teaser below: