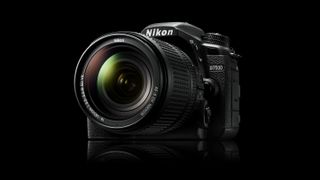 Nikon has just taken the wraps off its new enthusiast DSLR, the D7500. Borrowing a lot of key tech from the flagship D500, it slots in above the D7200 in the Nikon DSLR range.

We've already had some time with the new camera, so check out our hands-on Nikon D7500 review for our first impressions, but here are some of the highlights to get you up to speed...

That's right, the Nikon D7500 has the same brilliant 20.9MP APS-C DX-format sensor that's in the D500. You may lose a few million pixels compared with a 24MP sensor, but in return you get an ISO range that extends to an incredible ISO1,640,000 equivalent.

The D7500 uses Nikon’s tried-and-tested 51-point AF system, which covers a decent portion of the frame and is sensitive all the way down to an impressive -3EV. This now comes with a Group-Area AF function (we've seen it on other Nikon DSLRs, but this is a first for a D7xxx camera) for improved subject tracking. There's also Auto AF Fine Tune, which lets you calibrate certain lenses.

Instead of a rear screen that sits flush with the body, as on the D7200, the Nikon D7500 sports a tilt-angle touchscreen with a 922,000-dot resolution. The touchscreen can be used to easily control and compose shots, as well as to play back and review images.

Thanks to the EXPEED 5 image processor (also borrowed from the D500), the D7500 can rattle off shots at 8fps with full AF/AE, with an expanded buffer of up to 50 raw/NEF (14-bit lossless compressed) or 100 JPEG images.

There's also the same 180K-pixel RGB metering sensor and Advanced Scene Recognition system that's used in the D500, while the arrival of Nikon's Highlight-weighted metering mode in a D7xxx prioritizes the brightest elements in the frame, helping to avoid images with blown-out highlights.