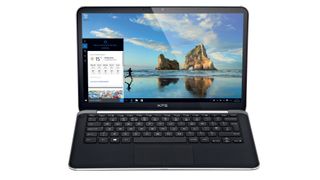 Microsoft's Windows 10 Anniversary Update is coming, bringing with it a slew of new features. One of them you might not actually want - the inability to switch off its Cortana personal assistant.

With the updated operating system, the plain old search box is being replaced with Cortana whether you like it or not.

As Microsoft told PC World, which noted this development: "With the Windows 10 Anniversary Update, the search box is now Cortana. Customers can expect the same great search experience powered by Bing and Microsoft Edge with the added benefit of Cortana's personality."

Of course, not everyone wants to engage with Cortana's personality, no matter how magnetic and helpful it might be, and hence the outcry on the net has begun. Particularly because updates are now mandatory with Windows 10 (at least for home users, anyway).

Folks that feel Cortana is effectively being forced on them obviously aren't happy, and that includes those who simply don't want a digital assistant muscling in on their desktop, or those concerned about privacy issues and the sort of data Cortana may be hoovering up from their searches (compounding Windows 10's existing privacy woes).

How to keep Cortana quiet

However, for the anti-Cortana camp, the better news is that while her off switch may have been binned, you can still hide the assistant.

As Redmond told PC World, you can "easily hide Cortana and the search box in the taskbar altogether".

To achieve this, you need to do the following:

Also, you don't have to sign-in to Cortana, and if you stay signed out, none of the data piped back to Redmond's servers will be linked with your account – it will be anonymous. Of course, you'll miss out on certain Cortana features if you aren't signed in.

So essentially, there are still choices here – but just no big off switch any more. However, that's more than enough to raise the hackles of many users, and cause them to wonder about the future, and what other options may be removed as Cortana becomes more integral to Windows 10 – which is undoubtedly the way Redmond is heading.

After all, bots and virtual assistants are the future.

This article is part of TechRadar's Windows 10 week. Microsoft's latest operating system turns from a free to a paid upgrade on July 29, and we're looking to answer the question of whether it's good for you.