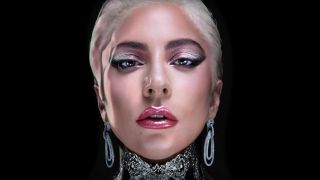 There's very few kinds of consumer goods you can't get on Amazon these days. But our eyebrows were still raised by the announcement of Lady Gaga's incoming beauty range, Haus Laboratories, which will be landing exclusively on Amazon's online site – with pre-orders kicking off on July 15 at the start of Amazon Prime Day.

As reported by Engadget, the Haus Laboratories brand will be aiming at slightly more mid-range consumers than some of Amazon's bottom-dollar beauty ranges, with lip gloss starting at $16 (around £13 / AU$23), and palettes selling at $49 (around £39 / AU$70).

Speaking to Business of Fashion, Lady Gaga spoke positively of the freedom Amazon afforded her for pushing out a message of inclusivity and self-love:

“There are companies that see me and what I stand for and the way that I view the world, and if it’s not perfectly in line with what they do ... they’ll be like, ‘Can you just change half of the equation?’ [...] The answer is no. No deal."

The Haus Laboratories range is set to launch in September across nine territories, including the United States, France, Germany, and Japan.

Amazon's summer sales event seems to be going stronger than ever, with 48 hours of deals, numerous Twitch Prime giveaways, and even a concert featuring Taylor Swift and Dua Lipa.

There's some slight dissonance between Amazon's image as a mass-market retail site, and the personal brands of these high-profile artists, but it shows just how much sway – cough, money, cough – Amazon has these days. Rather than just being an online marketplace for consumer goods, Amazon is now a respected content producer, a music streaming service, and a provider of space travel, apparently.

Lady Gaga too is no stranger to tie-ins, with her not-that-long-lasting Heartbeat earphones, and a possible appearance in the much-hyped sci-fi RPG Cyberpunk 2077.

When her branding is on so many anyway, why not collaborate with Amazon?