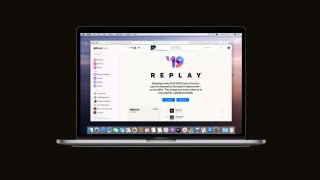 Apple Music can now give you your musical highlights from your time as a subscriber to the platform, from which artists you listened to the most, to your favorite tracks of 2019.

You'll also get customized playlists that you can share with your friends (although you might want to hold off if you feel your music taste is particularly dire).

Right now it looks like Apple Music Replay is still in beta, but you can access it all the same. To see your year in music, head to beta.music.apple.com/replay, and you'll be prompted to log in to your Apple Music account.

Once you're logged in, you'll be able to see the songs you've listened to this year (as well as the entire time you've been an Apple Music user) in one handy playlist, which is updated weekly – at least until the year is over, after which you'll be able to access your 2020 playlist.

If that all sounds familiar, that's probably because Spotify has been doing something very similar for a few years now.

Spotify Wrapped is one of the streaming platform's most popular features, allowing Premium and Free account holders insights into their year of listening.

Last year's statistics include how many minutes of music you listened to, as well as the different songs, artists, and genres you tapped into this year.

More interactive than Apple Music Replay, Spotify Wrapped 2018 also tested your knowledge of your own listening habits, which was rewarded by a playlist of your top 100 tracks for 2018.

Whereas Spotify Wrapped is only available for a short window of time, Apple Music Replay will be accessible all year round.

While that may be useful for subscribers who want to keep tabs on their listening habits, we can't see it being as successful as Spotify Wrapped; after all, a lot of the excitement comes from the fact that you have to wait all year to see which guilty pleasures dominate your personal playlist.

Meanwhile, Spotify's been busy adding its app to the Magic Leap One augmented reality headset. Users will get a 3D version of the streaming platform overlaid on their real world view, allowing you to set specific playlists for different rooms of your house, which automatically play as you enter the room.