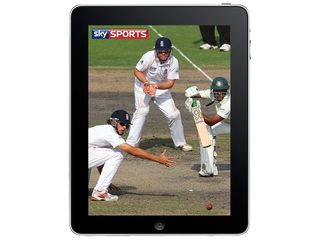 Mobile TV is taking off

One in four Brits is now watching television on the go using a smartphone, tablet or laptop, according to new research released by TV Licensing today.

While a quarter of adults in the UK overall did a spot of mobile TV watching in 2011, the figure is much higher for adults aged under 35, shooting up to 65 per cent.

While this may all sound very futuristic and nice, the downside is that 28 per cent of the under 35s surveyed admitted that they've indulged in a spot of mobile TV when they know they shouldn't have, like in the library, at work or out with friends.

What's more, the research, which gathered opinion from 2,611 Brits, found that we're now spending over two months a year in front of a television screen – not all at once, obviously.

As well as getting mobile, time shifted television viewing went up in 2011 with 9.2 per cent of Brits now making their own schedule using PVRs and catch up services, up from 7.1 in 2010.

Perhaps the most worrying trend noted by TV Licensing's research is that for TV-themed parties. A third of the under 35s surveyed said they've been to a TV-themed party in the last five years, the most popular themes being X Factor, World Cup 2010, Royal Wedding and Eurovision. Ban this sick filth.