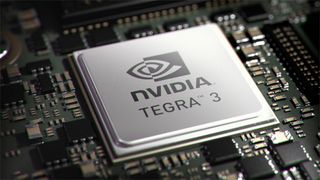 Tablet PCs featuring the super-powerful Nvidia Tegra 3 quad-core processor will be available for as little as $199 this summer.

The chip-manager's CEO Jen-Hsun Huang says that the Tegra 3, which first featured in the ASUS Eee Pad Transformer Prime Android device, is now cheap enough to lower the overall price of tablets.

Huang says that the Tegra 3 is built with enough 'cheap commodity' components to make high-powered $199 Android tablets a reality within months, as soon as those savings reach manufacturers.

Huang also added that because Android tablets have not gained as much traction as the company would like, Nvidia could turn to Windows 8 to help it compete with the iPad.

He said: "Android hasn't developed as I'd hoped," he said. "For many people, though, work is still the primary reason to have a computer.

"They want Windows to work well, they want Outlook to work well. A tablet running Windows 8 with Tegra could be very nice."

Cheaper, higher-quality Android tablets are a must to compete with, not just the iPad, but the Amazon Kindle Fire, which has enjoyed staggering success since launching for $199 back in November.

The Tegra 3 has already proved to be a massive powerhouse with the Transformer Prime, so if Nvidia's cost-cutting exercise means high-end Android tablets will drop in price than everyone is a winner