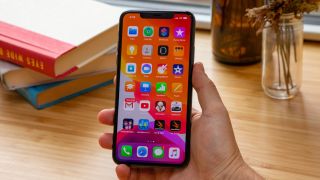 Apple often makes a point about how much it cares about user privacy, and a new feature coming in iOS 13.3.1 is specifically intended to give iPhone 11 owners extra peace of mind about one area of privacy in particular – location tracking.

As reported on Twitter, the latest beta version of iOS 13.3.1 includes a new toggle switch, enabling users to disable the Ultra Wideband chip that was introduced with the 2019 range of iPhones.

Ultra Wideband is like a more spatially aware version of Bluetooth, giving iOS features like AirDrop a better idea of where an iPhone is and which way it's pointing. It's going to come in very useful if Apple decides to launch a Tile competitor.

However, it's not been approved for use in every country where the iPhone 11 models are sold, so up until now it's been logging device locations, even when all the location service options are disabled.

Now Apple is fixing the issue, as it promised to do when it was originally reported – disabling the Ultra Wideband chip on your iPhone 11 will completely disable any kind of location logging on the device.

Of course, you won't be able to use the features that Ultra Wideband offers, either. "Turning off location for Networking & Wireless may affect Bluetooth, Wi-Fi, and Ultra Wideband performance," says iOS when you flick the switch.

While you may have been living your life blissfully unaware of Ultra Wideband and what it does, now you know why your next iOS update is going to come with an additional toggle switch for you to think about.

Ultra Wideband is most probably coming to all the 2020 iPhones as well – we're expecting a successor to the iPhone SE this year, as well as the flagship phone launches due sometime during September.