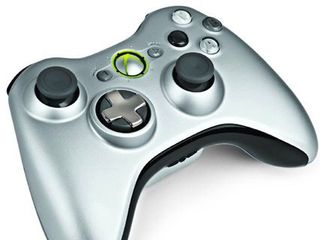 A major signing for Xbox

Microsost has secured a major coup by announcing the arrival of former PlayStation head Phil Harrison to take over form the departing Peter Molyneux.

Harrison is a figure that will always be associated with the Sony PlayStation brand, but he will now take on the mantle of corporate vice president of the Interactive Entertainment Business (IEB).

That means that he will lead Microsoft Studios Europe and play a wider role in the IEB,ahead of a potential new Xbox annoucement.

"I am excited to be joining the senior team at Microsoft at a pivotal time for our industry," said Harrison, who has also worked at Atari.

"I am really impressed with the company's long-term vision for growing the market for interactive entertainment globally and also with the incredible wealth of talent, technology and resources the company has available to succeed."

IEB president Don Mattrick pointed to Harrison's wealth of experience as a key boon for the Xbox project.

"Phil has played an instrumental role in shaping modern console history through his keen insights into both hardware and software strategy," he said.

"His addition to our leadership team will impact our global business in innumerable ways, as he aligns our studio development and growing portfolio of entertainment experiences in Europe to drive our continued growth worldwide."

This is a massive signing for the Xbox team at Microsoft, neatly cutting off criticism from those who were questioning the departure of another gaming legend in Molyneux.

Although it is far from certain that Microsoft are going to announce an Xbox 720 this year at E3, it's clear that 2012 is shaping up to be a massive 12 months in gaming.