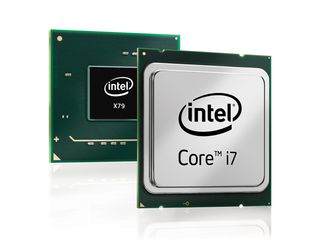 Overclocking has come a full circle. It started as a niche technical trick where shifting a jumper on the motherboard would let you run a processor's multiplier higher than it should.

This soon led to Intel and AMD screaming about phantom lost sales and releasing locked processors - which stopped no one.

Probably the darkest days of overclocking were in the Pentium 4 era where idiotic design decisions produced products that could barely be overclocked at all.

Today overclocking has gone back to its roots, with high-end products designed for overclocking and designs built upon processes that are ripe for extreme amounts of overclocking.

In fact, on the Intel platform it's almost reached the situation where you'd be mad not to overclock the processor, as even the basic models are happy to accommodate a large 20 per cent increase in stock speed. Even graphics card stock drivers come with an overclocking feature built into the standard releases.

Windows-based software overclocking tools make getting more speed from the processor, graphics card and RAM so easy that it's well worth taking thirty minutes to see how much more speed your system is capable of.

With the lower initial running temperatures of the latest processor it means you're able to get more out of your overclocking kit. Excellent coolers can be picked up for as little as £20 while standard water cooling system will set you back just £50. With Intel, Nvidia and AMD embracing overclocking let's take a look at what's new.

The base of all systems starts with the processor architecture, as we'd hope you already know, Intel and its Core iX architecture has been romping away from the rest of the field… or just AMD, in pretty much every metric.

AMD has become the sad-eyed puppy dog in the pound, which if you don't take home now will get a special injection from doctor Snoozy. Both the last-gen Lynnfield and even more so, the current Sandy Bridge architectures provide a design that overclocks very well. For Lynnfield, 4GHz has become the norm, while Sandy Bridge gets close to 5GHz.

But let's not overlook AMD, its processors have always been good value for money: for instance, the Phenom II BE with its off-the-wall three and six-core models offered air-cooled overclocking that could hit 4GHz. While its latest Bulldozer architecture is making reviewers scratch their heads over its performance, the low-power design provides overclocks into the mid-4GHz range, which certainly matches the Intel's offerings.

Interestingly at this point both AMD and Intel have introduced the same type of new voltage and power regulation systems, alongside the limited core 'turbo' modes for thread-limited acceleration. Tweaking these new voltages and modes is a new element to what had become a relatively tried-and-tested system of increasing the front side bus (FSB), tweaking the CPU voltage and repeating until cooked.

Intel has its Turbo Boost technology and AMD has Turbo Core, and both effectively provide a type of restricted automatic overclocking.

AMD knows how much power is required to complete every operation based on what's in-flight over each core, the processor can evaluate the total power output of the processor.

If the TDP allows it, the AMD Bulldozer has three P-states that it can switch to: base P2, intermediate P1 and higher P0. Having the extra two states is important, as P1 is available with all cores running, while P0 kicks in only with two or more idle cores.

This leads, for example, to the FX-8150 having a base 3.6GHz clock, a 3.9GHz Turbo Core and a 4.2GHz Max Turbo Core. Overclocking the FX-8150 in any way will require a core voltage increase. All the AMD FX processors come multiplier unlocked, so they can be directly overclocked that way easily enough. Up to around 4GHz, shifting the core voltage from the stock 1.332v to 1.38v will usually surface.

To move beyond this it will be necessary to disable the Turbo Core feature, along with Over Current Protection and Thermal Protection, and setting Load Line Calibration to high. This is also accompanied by steep increases in core voltage up to 1.5v, which also means a huge decrease in power efficiency, but facilitates speeds up to and beyond 4.5GHz. Whoop!

Of course, good overclocking is only possible with good cooling setup. While processor cooling hasn't changed that much it's simply gotten a whole lot more efficient.

Both Intel and AMD now push liquid-based cooling solutions for both their high-end processor options, not that they're required as such. The standard all-in-one liquid coolers, such as the Antec Kuhler H2O 620, will set you back around £50, considering some high-end air coolers can cost you that much this represents good value, as it will usually out perform them.

But you don't have to go and blow the bank to get good air-cooling. Both the Xigmatek Gaia or the Cooler Master Hyper TX3 EVO, come in at under £25 and provide efficient cooling.

If you're in the market for a cooler, we always recommend direct-contact heatpipes on the processor. The Titan Hati is an excellent option at £38 or for a bargain pick up the Xigmatek Loki for as little as £15.

Be aware that it's useless having the best cooler in the world unless it's correctly mounted with the right application of thermal paste.

A huge turn-off for many casual overclockers has been the random and awkward need to use the BIOS, and while third-party Windows tools had managed to help ease the problem they could never fully replace BIOS settings and repeated restarts became the height of tedium.

Initially, motherboard manufacturers provided overclocking tools, such as the wonderful MSI Afterburner tool. Nvidia did it early on as well, but ultimately it was AMD Overdrive and the Intel Extreme Tuning Utility that brought an official stamp of approval to the Windows overclocking game.

But just when you thought the BIOS had finally kicked the bucket like an 1980's film remake: it's back and badder than ever. The new EFI BIOS system enables a full GUI-style interface at the BIOS level. It has the ability to offer a more functional BIOS experience as well as a horribly over-engineered interface.

After a few teething troubles most manufacturers have managed to develop usable interfaces but you'd hope they could make them easier to navigate and enable scroll wheels. Besides that, a big boon is that the reboot speed is so much higher.

Memory is still open for overclocking but the state of play has changed as controllers are now onboard the processors. This has helped increase bandwidth so much over the speed of off-processor chipset-based memory controllers, which has meant overclocking memory returns far less in terms of overall system speed.

To take even more of the fun out it, the XMP memory standard effectively provides overclocked default timings for performance DIMMs. This means that by default, as long as the motherboard and memory both support XMP, as soon as you slap in your memory it'll run at its maximum speed with optimum timings without any tweaking.

That's not to say you can't overclock memory. It's easier than ever as most motherboards provide an independent memory bus clock setting, memory timings and memory voltage controls. As with the processor, once you start increasing the clock speed this extra burden on the memory can require increased voltages as power requirements go up.

The stock voltage with DDR3 is 1.5 volts. As guidance, the maximum JEDEC recommended voltage is 1.575 and modules should be able to handle 1.975 volts without permanent damage, though they don't have to function at this level. Most overclocking memory requires a 1.65 voltage and in reality there's no reason to go above 1.85 volts, while for general use 1.7 volts is a safe maximum.

On top of all of this is graphics card overclocking. For the last few years this has been made a doddle with overclocking tools included in official drivers. Once installed just a few clicks provides access to the main GPU, shader and memory clock speeds.

This is all besides fan control too and all of which together totals a complete system control from Windows - life has never been so easy.