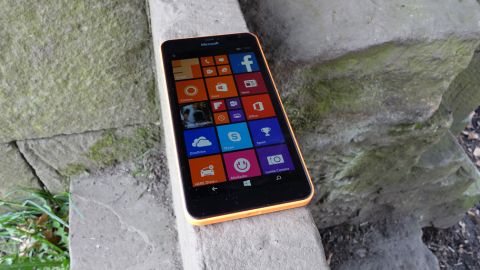 I was impressed with the battery performance of the Microsoft Lumia 640 XL in the time I had it, performance no doubt helped by that lower resolution display and mid-range internal components.

I was regularly finding 25-30% left at the end of the day, though of course it depends what you're doing.

A spot of intense Asphalt 8 gaming and I was seeing drops of around 15% an hour, which is still very good (some other Microsoft phones drain twice as fast). Even if you're absolutely hammering the battery, it's going to last you for several hours, which isn't something you can say about every smartphone on the market with a 5.7-inch screen.

Even with sync ramped up and plenty of music listening and maps checking, I never felt panicked about the phone running out of juice.

Like most phones, you'll be charging this every night, but if you forget you should have some battery life left to see you through the morning – and that's out of the ordinary in today's market.

If you're willing to plump for lower specs you can often feel the benefit through the resulting battery life, and that's certainly the case with the Lumia 640 XL – the large 3000mAh battery really impresses.

Let's not forget the old phone calling and text features either – in both areas the handset performed solidly, with no drops in signal or broken calls. Speakerphone volume and quality was fine, as was music playback through the single speaker sat near the camera – nothing to write home about, but by no means a disaster.

The Windows Phone keyboard still feels as if you're playing around with a kid's toy, but at least it's bold and clear with keys that are easy to hit.

The phone was able to take full benefit of the 4G speeds offered by O2 in Manchester, with pages loading promptly over a data connection or Wi-Fi.

It's not going to let you down as far as the basics go, and in some ways the sparseness of Windows Phone as a mobile OS makes for a more straightforward experience. You certainly wouldn't pick the dialler or messaging apps ahead of their iOS or Android equivalents, though, whether you were basing your choice on looks or functionality.

Ultimately, Windows Phone 8.1 just isn't as refined as iOS 8 or Android 5, mobile OSes that look as though they've been through eight (or five) iterations to get where they are today. It's not without its charms, but speaking objectively it's difficult to see how you would choose this over its rivals if you were picking based on software alone.

The obligatory Settings app does the job nicely, and I like the battery saver feature as well as the built-in utilities for managing phone storage and data usage. The quiet hours feature is an intuitive take on shutting off interruptions and notifications at certain times.

Speaking of storage, though, you are going to want to buy a memory card — after installing Asphalt 8 (around 1.5GB) and snapping a few photos, we had less than 1GB of the 8GB internal space left. It's another reason why power users will pass on this handset.

Music and video playback is very good, provided you have enough storage to keep your files with you. Like the minimal apps in the desktop version of Windows, everything is easy to navigate around and control. The MixRadio app is a definite highlight, playing a jukebox of bands you like, and there's an integrated FM radio here, too.