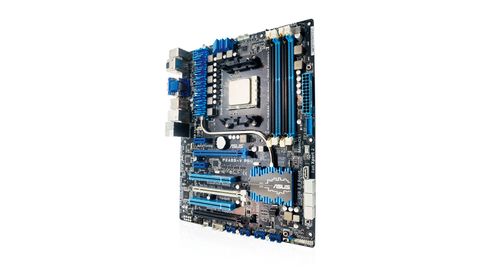 Fusing graphics and processor into a single chip is a major change to chip architecture, so when AMD's first Fusion chip, otherwise known as Llano or the A Series Accelerated Processor, appeared it was inevitable that a new CPU socket would be part of the mix.

Put simply that change has meant that you need to wire the thing up differently to allow for video output. Thus, AMD rolled out the FM1 socket and we didn't have any complaints when it wasn't compatible with AMD's various desktop sockets, despite AMD's track record for maintaining backwards compatibility when it comes to sockets and CPUs.

Now the second-gen Fusion chips are upon us and we've got a new socket to go with them. And compatibility hasn't been maintained. You can't drop one of the new Trinity Fusion chips, such as the AMD A10 5800K, into an old FM1 Fusion board. Nor can you use it in AMD's mainstream desktop sockets, such as AM3.

With that somewhat convoluted socket saga under our belts, what are we to make of our first taste of FM2 motherboards, the Asus F2A85-V Pro?

At first glance, it looks like a conventional full-size ATX board for AMD kit and it comes complete with AMD's new A85X chipset for Fusion chips. So, there's four DIMM slots for DDR3 memory, three full-length PCI Express 2.0 slots, no fewer than four USB 3.0 ports on the back panel, the works.

In fact, those PCIe slots support CrossFire. You can run two in x8 mode and theoretically throw in the integrated GPU on the A Series fusion chip for three-way CrossFire action. It's completely pointless, but it does reveal just what this board is capable of. More realistic, perhaps, is running a cheap graphics card in CrossFire with the integrated GPU for what might be tolerable gaming performance.

On the subject of video, perhaps the most intriguing option is just using that integrated AMD core. A quartet of video output options are provided: VGA, DVI, HDMI and DisplayPort. And you can run three of them in parallel. Even better, the DVI port is dual link and supports 2,560 x 1,600 panels and the DisplayPort socket runs to a ridiculous resolution of 4,096 x 2,160.

Elsewhere, there are seven SATA 6Gbps ports, another two USB 3.0 ports via a header, optical S/PDIF, eSATA and more. Oh, and you get Asus's slick UEFI AMI BIOS, to boot. It's a very nice overall package.

As for performance, well, that's pretty much prescribed by AMD's A Series APUs. Currently, that means a maximum of four AMD Piledriver cores running around 4GHz, give or take. Quick enough, for now, we'd say, but with that FM2 socket, the upgrade path is far from clear.

AMD's FX desktop processors will be sticking to AM3+ sockets for the next few generations. All of which means it's best to view this motherboard with any Trinity CPU you buy as something of a permanent marriage.

Future Fusion chips will no doubt be made available, for instance, AMD plans to release some cheap 'Athlon' chips without graphics for FM2. But there's no upgrade path to full-fat FX chips.