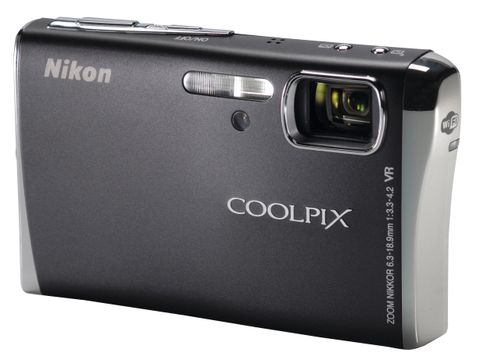 MAWhat the S51 gains in portability, it loses in slowness and hard-to-use controls.

Good size for a party, but lacks finesse and speed, and the WiFI is pretty much useless

Nikon's S51c is a new super-slim digital compact that takes good shots in bright and medium-lit situations, and tucks away to take up next to no space. Its sister is the S51, which is the same camera but without wireless ability.

The S51c design is a standard point-and-shoot affair. At 8.1-megapixels, pics are sharp and colours are well represented.

On the down side, the generous 2.5-inch LCD, raised off the body of the camera by a few millimetres, picked up scratches quite easily. No carry bag comes in the box, which is a real shame. It's also slow to shoot, even at a high ISO speed. The shutter release button is small and fiddly, and the lag time between pressing it and the shutter snapping is about a second, which is too long to catch the moment unless you ask people to pose.

The power button is right next to the capture button, so more than once, in an attempt to get a shot of a friend's ridiculous dancing, we ended up switching off the camera.

After the shots have been taken, the playback menu is quick to open but hard to scroll through. You have modes of scrolling, both of which use the flimsy click wheel. We found this a pain in the neck before long.

Worse, however, was the much-vaunted WiFi abilities. Set-up is tortuous and can't cope with public hotspot logins, and in any case, pictures are uploaded only to Nikon's own sharing service; email recipients get a link to this, but we'd much rather have had direct mailing of pics and integration with Flickr.

In a nutshell, this is a point-and-shoot that would suit nimble fingers, but lacks the speed many photo opportunities demand. Though the pictures are good, navigation is painful and compared with the latest Canon digital compacts, this new Nikon failed to impress us.