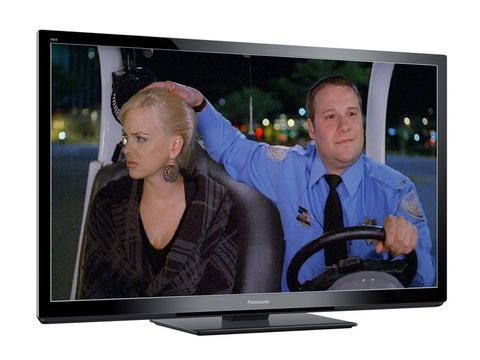 The bezel feels like it has been hewn from a solid block of metal, so be sure to get some help when installing

Just when LCD seemed to be poised for world domination, plasma's clear advantages with 3D saw a swift upturn in the technology's fortunes.

Recent new active 3D TVs from Samsung and Panasonic itself have shown big leaps forward for LCD's 3D capabilities, though, while LG's passive LCD alternative has also been making waves. Panasonic's second wave of 3D plasmas has much to prove, then, and the TX-P50GT30B represents a radical overhaul of the previous generation.

A NeoPlasma panel replaces the previous NeoPDP technology, with highlights including faster-switching phosphor and a new filter.

The 50-inch TX-P50GT30B is joined in the lineup by the 42-inch TH-P42GT30B and 46-inch TH-P46GT30B. Amazingly, despite this series' awe-inspiring spec, it's not quite at the pinnacle of Panasonic's current 3D range. The VT30 series adds an extra high-contrast filter and boosts sound by installing new dual-range speakers together with a boxed subwoofer.

Rather lower down the pecking order, sets in the ST30 series lose the Freesat tuner, lack any THX/ISF endorsements, don't allow USB HDD recording, have no DLNA capability and fewer USB and HDMI ports and are considerably chunkier in profile.