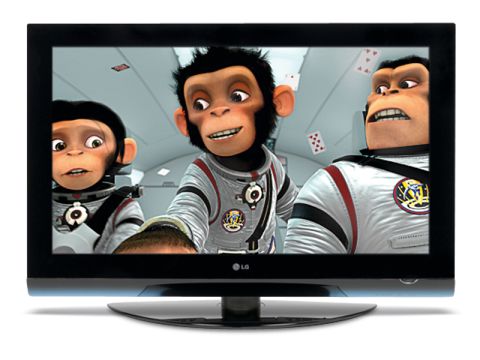 The LG 42PG6900's pictures may not be perfect, but its PVR capabilities impress

Picture quality could be better, but Freeview+ makes this a great value TV nevertheless

LG's first Freeview Playback TVs did not sell particularly well, despite a positive critical response, some aggressive pricing and a well-designed operating system.

But that hasn't stopped the brand returning to the TV PVR fray with a new Freeview+ (the new name for Freeview Playback) range.

Recordings look essentially identical to the original broadcast, as the 42PG6900 captures the direct digital channel stream to the HDD.

The high-quality mode for analogue recordings is fine too, producing pictures only slightly softer and grainier than the originals. The only real recording limitation is the fact you can only record one channel at a time.

Finally, standard-def pictures can exhibit dotting noise over motion, and suffer with some waxy-looking skin tones.

On the plus side, the LG 42PG6900 delivers some reasonably deep black levels, offset by aggressive peak whites, resulting in a genuinely dynamic image, especially with HD. Motion blur is minimal and detail levels are sharp.

So, while LG's 42PG6900 has obvious appeal – including its attractive price tag – its AV performance isn't strong enough to give the impressive Freeview+ functionality the quality of support it really deserves.