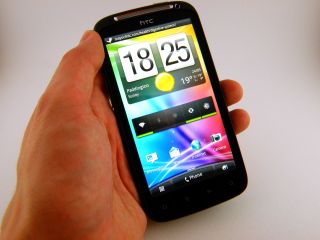 Featuring the first dual-core Snapdragon ARM-based processor, it comes with Android 2.3 and a new version of HTC's own software.

We've also reviewed the latest Canon PowerShot SX230 HS compact as well as the Panasonic TX-P42GT30B 3D plasma among scores of other reviews. Read on for the full list.

Ever since the first wave of Android phones washed up on these shores, HTC has been at the forefront of the fight against Apple and its iPhone. The first major assault came in the shape of the HTC Hero. Then came the HTC Desire. And here we now have the HTC Sensation. Sporting the latest version of Android and a revised version of HTC's own Sense UI overlay, it's a cutting edge phone with cutting edge software. The hardware's a bit good too – the 1.2GHz dual-core processor offering plenty of power for multitasking and multimedia performance. Is it better than the Samsung Galaxy S2 though? We're not convinced.

This could well be the best set-top box in the entire universe. Offering most of the same features as its sister device (BWT800) but with a much more agreeable price tag, it's a powerful do-it-all living room performer to be proud of. Key features include dual Freeview HD tuners, 3D Blu-ray playback, Blu-ray recording from all sources (except Sky 3D), media streaming and IPTV. For a little over £500 it's a shining light of the AV world, then, and while the BWT800 will get the headlines (it's got more storage, Wi-Fi and an extra HDMI output) the £900 price will send people flocking to its little sister.

Canon has upped its game of late. With increasingly pressing competition from the likes of Panasonic, the performance-to-price ratio in the compact camera world is being stretched constantly. Unfortunately with global exchange rates the way they are currently, we're not getting the best prices but we're still getting a lot of bang for our buck. The SX230 is a super little compact which offers a 14.1MP sensor, 14x optical zoom, 1080p video recording and built in GPS for geotagging your snaps. It's an excellent performer all-round, but is ultimately let down somewhat by a weak battery life, inconsistent GPS results and an itchy flash that's a bit too keen to pop up.

Panasonic's GT30 range of 3D plasmas represents its attack on the not-quite-premium but still-awesome-and-good-value market. Containing both dual Freeview HD and Freesat HD tuners, it's a brilliant 2D TV while also offering excellent 3D performance with both 3D Blu-ray and broadcast-3D inputs. Watch out though – the price is attractive, but this set doesn't come with any Active Shutter 3D specs.

If you're running an Intel system and are looking to drop £280-ish on a GPU upgrade, this is probably the card for you. Offering stunning gaming frame rates and decent price-to-performance ratio, the GTX 570 is an office favourite. However, if you're running an AMD system, you'd be better off going for AMD graphics too.

Liked this? Then check out Windows 8 could make you rethink buying iPad 3