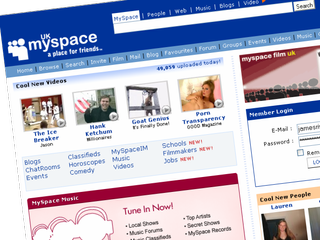 Sex, drugs, violence... but only a little bit of rock and roll.

That's what researchers found when they read 500 randomly chosen MySpace profiles of 18-year-olds from the United State.

The Seattle Children's Research Institute examined the extent to which high-risk behaviours were reported in the profiles, as well as anything that suggested certain behaviors may be influenced by other items, interests or activities.

Researcher discovered that over half (54 per cent) of MySpace profiles contained high-risk behaviour information, with 41 per cent mentioning substance abuse, 24 per cent referencing sexual behavior and 14 percent talking about violence.

Females were less likely to display violent information than males, and teens who reported a sexual orientation other than 'straight' showed increased displays of references to sexual behaviors.

It appears that the devil does indeed make work for idle hands, as religious teens and those engaging in sports or hobbies were less likely to mention risky behaviours.

A linked study found that teens approached via email by a 'doctor' advising them on the dangers associated with posting personal information online found that around half changed their profiles to reduce mentions of sex and drugs.

Dimitri Christakis, Director of the Center for Child Health at Children's RI says: "In the 90's we talked about a digital divide that separated rich from poor. That divide is quickly narrowing, but a new one is emerging rapidly: the 21st century digital divide separates too many clueless parents from their Internet-savvy children."